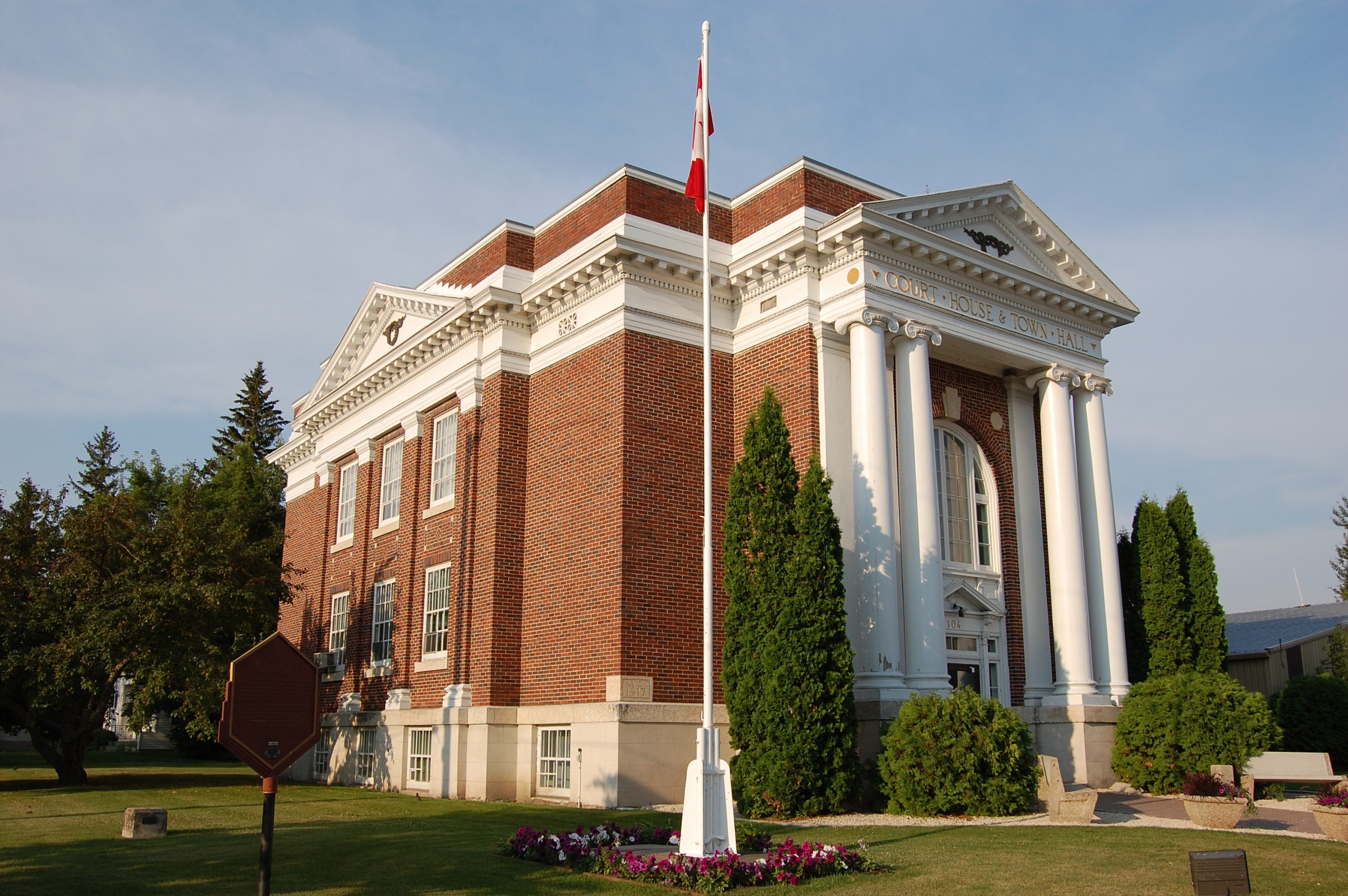 The Emerson Court House and Town Hall Building is a most polished statement on the renewed self-confidence of a small Manitoba town. In the early 1880's, the young settlement of Emerson suddenly mushroomed into a city when an influx of immigrants arrived harbouring dreams of making Emerson a railway capital of Western Canada.
But the risky venture failed, and the population of the city dwindled to that of a small rural town. The leading members of the community who had invested heavily in the drama were left broken. Emerson took several decades to recover from the blow.
When the old Town Hall building burned down in 1917, Emerson was at the time well on the road to recovery. The Mayor and Council formed a strong lobbying group who were able to work well, if not somewhat too independently at moments, with the new Liberal Provincial Government. This co-operation, both financially and architecturally, produced one of the finest administrative buildings in Manitoba.
John D. Atchison was appointed architect for the border town's new multi-purpose building which combined Court House, Town Hall, Registry Office, and an Auditorium. Arguably Manitoba's best architect of the period, Atchison excelled in the complimentary study of building structure and architectural style. Although the Emerson building was one of his simpler works, he nevertheless threw his full academic weight into its design.
Standing on its high pedestal basement, the three story brick structure displays the elegant and rather grand trappings of the Neo-Classical style. The entrance portico with its tall wooden Ionic columns, the pediment on front and side, and the cornice which wraps around near the top of the whole building, were all treated with Atchison's strong sense of classical detailing.
Emerson's most prestigious building incorporates the last court house built during Manitoba's first great wave of immigration which had begun around the time of Emerson's boom and closed in the years just after the First World War. As such, the structure is not only a symbol of the Province's established prosperity, but also a reminder of the town's regained self-confidence following a long period of financial difficulties. And just as significant is the Emerson Court House and Town Hall's architectural importance as one of Manitoba's more refined buildings by one of Manitoba's leading architects.
Todays fire rating is Low